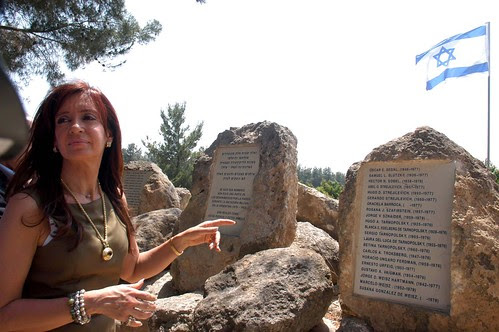 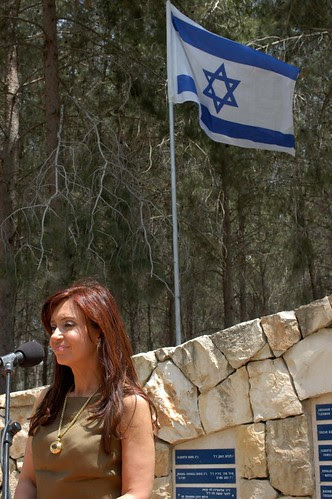 New Argentine President shows her true colors - as a democrat. 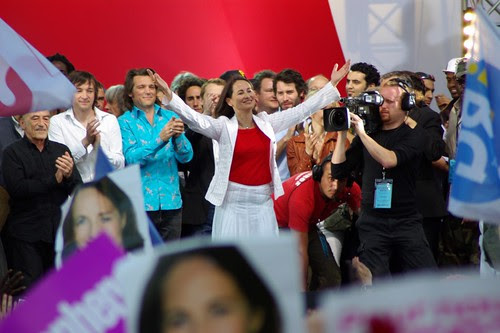 Betrayed politically by her long-term partner during the election campaign, she rightly removed this traitor both personally and politically soon afterwards 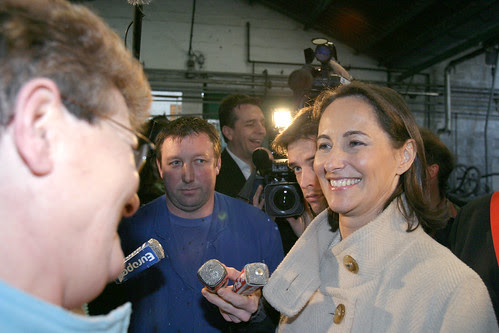 Radiant but not convincing 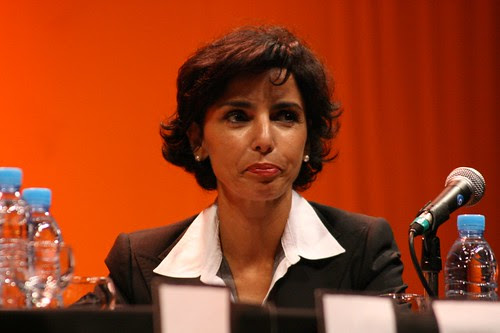 Her rise has been rapid.

Is she another of Bin Ladin's nightmares ?
A hijab-free, female, Arab Justice Minister in Europe ?
Like Ayaan Hirsi Ali, Wafa Sultan, Nonie Darwish, or Irshad Manji ?

But where are all those Arab MEN when it comes to challenging the Jihadi monster that claims to speak and slaughter in their name ? 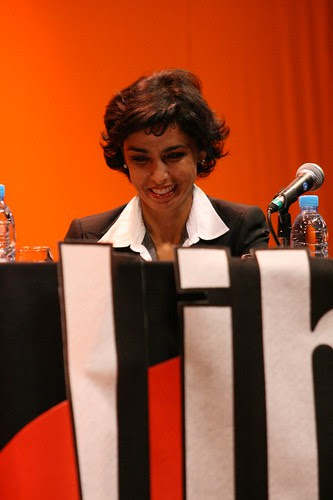 How many votes is that smile worth ?

And with male or female voters ?

And how can you know whether it [ or any smile ] is really genuine ? 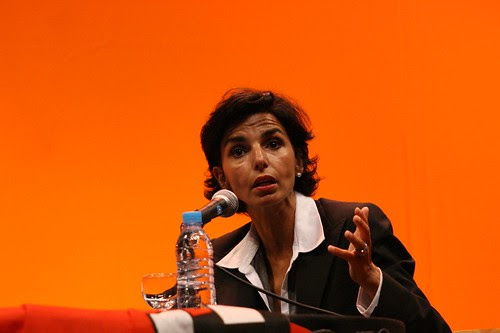 Do the French hear .. a woman ..
an elegant, articulate one ..
an Arab ....
a tough, imaginative politician...
a self-made, confident, talented woman ?
A vision of their future ? 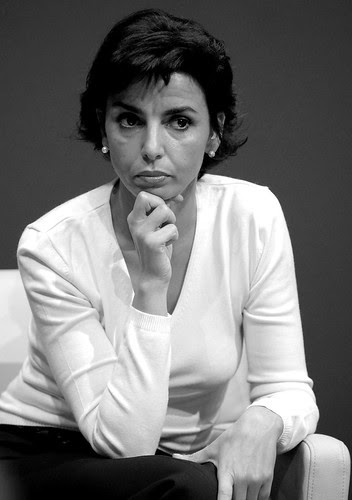 The future face of women in Europe of Muslim background ? 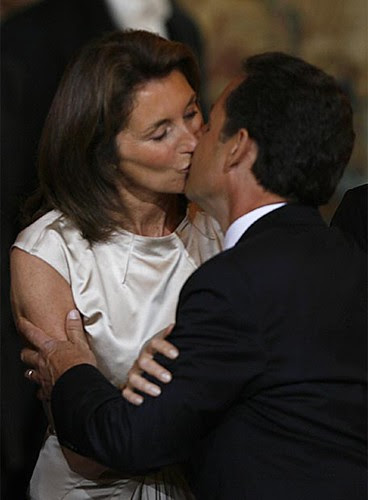 So what was missing ?

And what comes first - for any of us - the kiss, or the deep connexion of spirit ? Or practical daily partnership and mutual support ?
And which might we most need ? All 3 ?
And must they always go together ? Or which is the real foundation ?

Is the kiss the easy, uncomplicated bit ?

And what can a kiss mean ? Does it all depend - and on what ?

Mayybe its never [ just ] about the kiss ?

Or at least smile at his son. 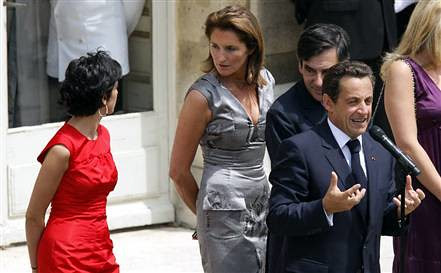 Have these 2 women heard it all before, and so often, and so dont need, or cannot bear, to listen to the same old story yet again ?
Or dont believe in his message ?
Or dont care about that message - if there really is one ?

Or is The French President really grapping with what the poet TS Eliot called **the intolerable wrestle with words and meaning** ??
And how many political leaders do ?
Or preachers ?
Or media commentators ?
Or writers ?
Who would you name as really doing so ? 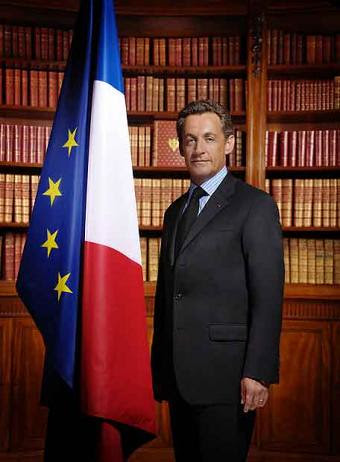 Has he really read them all ? Or even looked at them ?
Or any of them ?
And when do ANY politicians get to read anything ?
Except for reports drafted by their officials ?

The two expressions tell it all. But what exactly ?

A story of political life being often hostile to enduring relationships, or perhaps another sad reminder that relationships do not last of their own accord, and that survival means re-inventing roles and rules and expectations, and finding adventure anew ?
Recognising that there are stages which must be transcended, that we simply cannot remain unaltered, in a relationship as in anything else in life, or else stagnation and boredom slowly eats away at the foundations ?

We cease to wonder and explore and grow and expand, and so slowly wither and eventually die - in our spirit. Neglect [ be it of each other, or of ourself ] exacts its inevitable fatal price.
That YOU either change as a partner, or else you will [sooner or later] change partners ?
The choice is not whether to change, but only how, and when.
**To live is to change, and to be perfect is to have changed often** [Cardinal Henry Newman]. 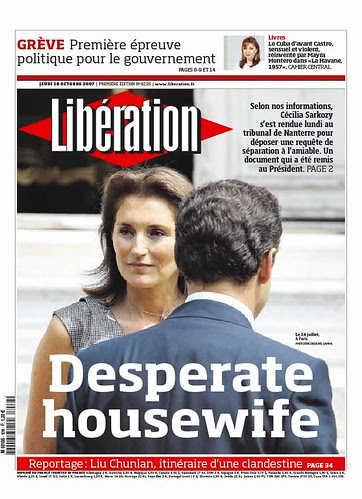 The body-language may indeed suggest as much, but do we elect only the candidate, but not also their partner ?
And if only the candidate, why should their personal relationships be of the slightest concern to the public - or to any media - or to political opponents - anymore than those of our lawyers or medics ?

Is it time to challenge the US disease in this area, and universalize traditional French respect for privacy ? 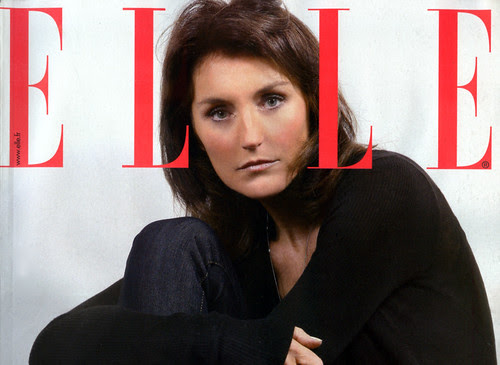 A relationship wrecked by political life - or have we a right to probe ?

She is Italian.
Has a degree - in PHILOSOPHY. [ As Aristotle said in his Metaphysics, To wonder is the principle, root, of Wisdom - Thaumazein esti arches tes sofias]. I wonder do Italian schools include Philosophy in their subject-options ?
Is now 40 [born Oct, 1967].
Is a business-woman.
Leads and founded her own **Freedom Party**.
And established a satellite TV channel - Freedom.
She was a candidate on Berlusconi's Forza Italia list in 2006, but was not elected. 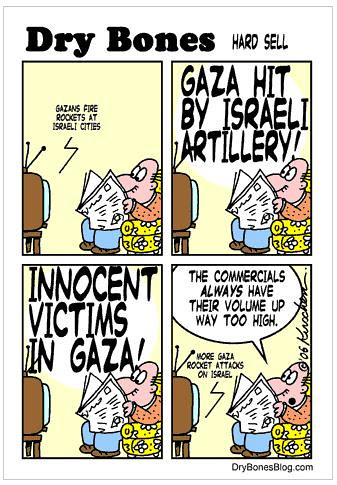 And as with Hizb--ALLAH in south Lebanon, the Islamo-fascict Jihadis hide their weapons among children, and then they and their apologists scream when the democratically-accountable defenders of the peoples of Israel, of their Druze, Jewish, Christian and Beduoin citizens alike, respond to Jihadi aggression.
The issue is simple - it comes down to the right of the UN-mandated State of Israel to even exist. And so it has been since the UN decision of Nov 29, 1947.
There is peace along the Egyptian and Jordanian frontiers, since they recognised Israel's right to exist. Lebanese, Palestinian and Syrian Arabs also know what to do - IF they too really want a better and peaceful fututre for their own children.
But do they ?
Do tyrants always need scapegoats ?. Especially Jewish ones ? 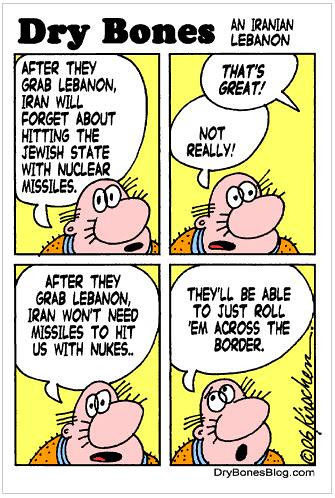 And as Churchill once famously said, the optimist is the one who thinks the crocodile will eat him last.
So Japan could invade Manchuria in 1931, Franco could take over Spain in 1936, Mussolini could attack Ethiopia, Hitler could occupy the Rhineland, then annex Austria, invade Czecho-Slovakia, all with total impunity, but the Western crocodile-lovers just waited.
Now Hizb-ALLAH ignore the UN resolution for the de-commissioning of ALL armed elements in Lebanon, attack Israel across the undisputed international frontier, support Syrian imperialism, and assassinate political opponents, while Hamas and Palestinian Islamic Jihad respond to the total Israeli withdrawl from Gaza of Aug 2005, with continuing rocket attacks, and Iran develops both its nuclear and long-range missile capabilities, clearly proclaims its genocidal aims for Israel, but again the Western crocodile-lovers wait.
And wait. Learning nothing from history, and forgeting everything. 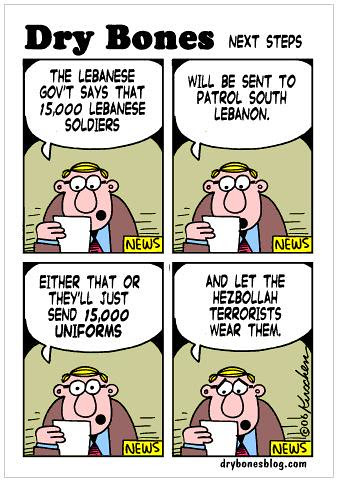 And it is actually Hizb-ALLAH 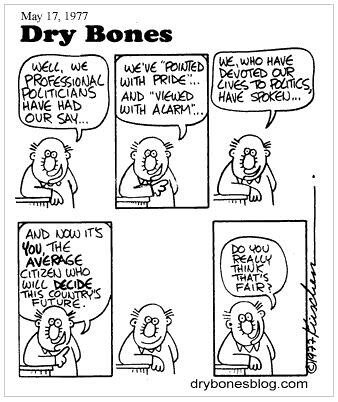 This reminds me of Brecht's famous jibe that in 1953, when the people in the East German Soviet Occupation Zone protested against the Communist Party tyranny, and workers demonstrated in East Berlin, in spite of 19 Divisons of the Red Army and their tanks, the Party Politburo lost confidence in the people !! 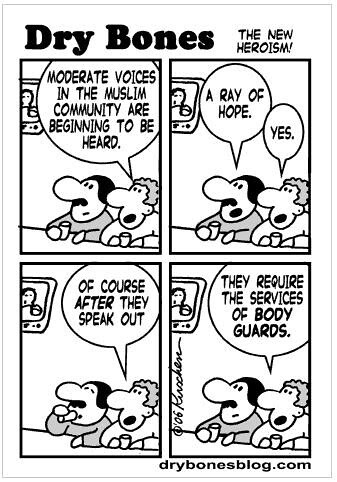 Thre is also freedom of expression in Iran, but not freedom after expression. 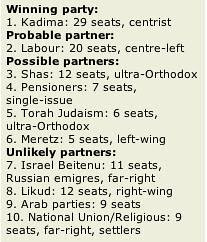 The Israeli electoral system, unique in the world, allocates seats according to votes cast nationally, if parties exceed a modest threshold level.
Its major problems are that [a] elected representatives are answerable not to local voters, but to central party machines, and [b] that massive policy and spending influence can be exercised by marginal forces, on whom multi-party coalitions depend. A directly-elected presidential chief executive would circumvent that latter serious structural problem, while the former issue could be tackled by regional multi-member constituencies, possibly along with US-style primaries.
The great bulk of the 20% Arab voters clearly vote for mixed parties, not only for Labor but also for Kadima, and not for the Arab parties, which shows how absurd is the apartjeid libel hurled at Israel by enemies. 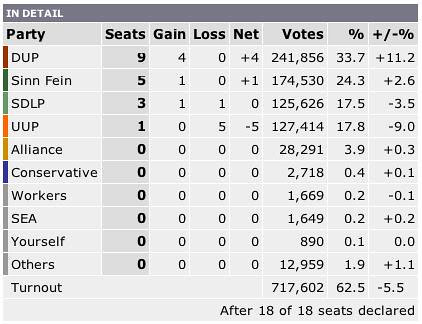 The 18 UK seats elected from Northern Ireland in 2005 would be DUP 6, not 9, if the UK electoral system alloted seats in proportion to party voting support., as happens in the Republic of Ireland to the south, or in Israel. The major loser from this unfair system was the UUP of former First Minister and Nobel Peace Prize winner, David Trimble, which deserved 3 seats, not 1.

Hamas also gained a major boost in seats over their actual popular vote in 2006, whereas a proportionate system would have delivered a Fatah-led secular majority in the Palestine Authority. 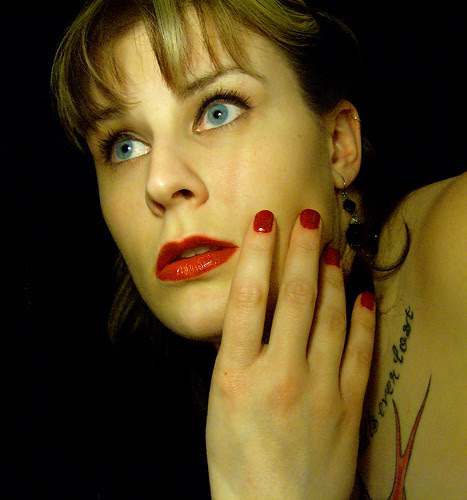 Vulnerable, originally uploaded by Vashtia.
Posted by Tom Carew at 01:12 No comments: 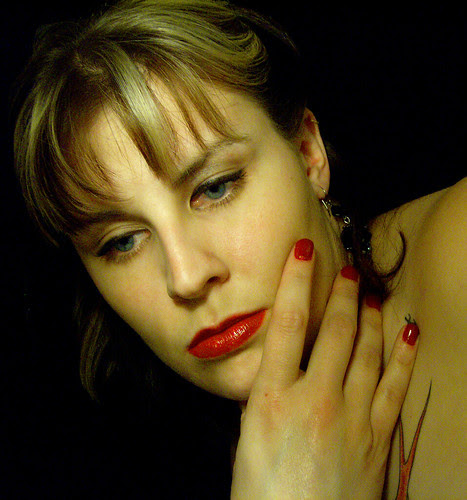 WHAT is she thinking ?