Netanyahu orders gas masks for every Israeli - what do those who lost family to Hitler's Gas Chamber feel ?

Netanyahu orders gas masks for every Israeli
Posted by Tom Carew at 12:32 No comments:

Nicholas Winton - In the Presence of Good

NICKY'S FAMILY - THE STORY OF THE BRITISH SCHINDLER

Kenny Ball And His Jazzmen - Midnight In Moscow, 1970

Mark Steyn: Bystanders in their own fate | islam, london, british - Opinion - The Orange County Register
Posted by Tom Carew at 12:18 No comments:

Time we stood up to Islamists who would destroy us

Time we stood up to Islamists who would destroy us
Posted by Tom Carew at 04:40 No comments:

What is  extremely disturbing and disgusting is that Lior  remains Chair of  the Council of Rabbis in the Occupied Territories - that exposes the moral character at the heart of that aggressive fringe movement [ even if some Settlers are there due mainly to large state subsidy ] and a  fringe which has been allowed become far too influential and unchallenged in Israeli politic  - even more so since the last Israeli General Election. Like the Hebron-based new female MK,  ORIT STRUCK in Bennett's *Jewish Home* party, who publicly  supported her son when convicted of and jailed for his  racist attack on an Arab youth.

My tribe is never all Irish [ or Jews or Arabs ] but only those who share core universal moral values  -such as the brave anti-Jihadist Muslims who confront our COMMON enemy.

The *enemy within* being more lethal.

And  Zero Tolerance is  the only answer - for those who admire extremists or spout absurdities, no less than for perpetrators of atrocities -  including on Facebook, Blogspot, Linkedin, Twitter
Posted by Tom Carew at 05:36 No comments:

Nick Cohen - Writers in a state of fear » Spectator Blogs

Writers in a state of fear » Spectator Blogs
Posted by Tom Carew at 05:10 No comments:

Jihad in America | FrontPage Magazine
Posted by Tom Carew at 02:41 No comments:

Lioness Saves her Cub Trapped on a Cliff | Viral Nova

Lioness Saves her Cub Trapped on a Cliff | Viral Nova
Posted by Tom Carew at 09:17 No comments:

Irish police will get powers to block mobile phone signals for G8 summit in Fermanagh
Posted by Tom Carew at 04:43 No comments:

Despite Their Wide Differences, Many Israelis and Palestinians Want Bigger Role for Obama in Resolving Conflict

Despite Their Wide Differences, Many Israelis and Palestinians Want Bigger Role for Obama in Resolving Conflict
Posted by Tom Carew at 07:40 No comments:

Jewel in the Night -- original music from the International Space Station

Accusatory theatrics cannot mask how US administration failed in Benghazi - US News | Latest US News Headlines | The Irish Times - Mon, May 13, 2013

Accusatory theatrics cannot mask how US administration failed in Benghazi - US News | Latest US News Headlines | The Irish Times - Mon, May 13, 2013
Posted by Tom Carew at 12:29 No comments:

World affairs | Pics: Commander Chris Hadfield has been chilling out over Ireland today

World affairs | Pics: Commander Chris Hadfield has been chilling out over Ireland today
Posted by Tom Carew at 05:28 No comments:

Matters of taste
Posted by Tom Carew at 12:13 No comments: 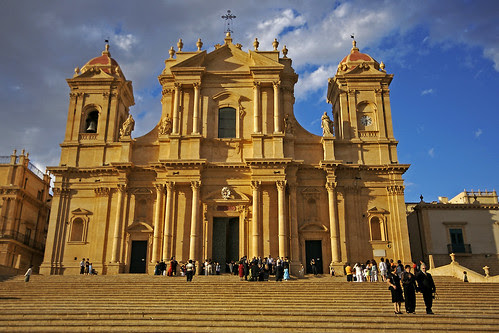 Noto Duomo, originally uploaded by Pétursey.
Posted by Tom Carew at 08:15 No comments:

The Benghazi Scandal Grows: pNational Journal’s Michael Hirsh, in writing about the House hearings on the September 11, 2012 attacks on the American consulate in Benghazi, said, “Benghazi was a tragedy. It will, almost certainly, remain a political issue. What it is not – by a long shot — is a scandal yet.” To understand why this judgment is wrong, [...]/p
Posted by Tom Carew at 13:16 No comments:

The Powerful Debut of Two New Israeli Legislators
Posted by Tom Carew at 03:11 No comments:

Prolonged digging in family history by 2 cousins and myself suggests that I am related - as a *First Cousin Twice Removed*  - to  the 1st  GAA President at its founding on  Nov 1, 1984, Maurice Davin 1842-1927 from Carrick-on-Suir, South Tipperary.

He was committed to ALL Sport and Athletics, but a tiny fanatical  fringe, from the secret armed underground IRB [ Irish Republican Brotherhood, founded Mar 17, 1858 in Dublin ] infiltrated the GAA and  turned it into a manipulated tool of their narrow, bigoted ideology - as they also did with the Gaelic League, founded July 1, 1893 where in 1915  the revolutionary Pearse ousted the founder, Dr Douglas Hyde, a County Roscommon Protestant, and later first President of Ireland in 1938.

The conspirators got bigoted  rules passed which both [a] banned members  from playing or even attending Rugby [ loved by Founders such as Michael Cusack and Thomas St George MacCarthy, a Bansha, Co Tipperary-born Royal Irish Constabulary  District Inspector [ = Supt ] in Templemore, North Tipperary, and son of a Tralee, North Kerry-born District Inspector, as well as Soccer, Hockey and Cricket, and also [b] excluded police or military  from membership - even tho' 1 of the 7 Founders, MacCarthy,  was a police officer.

Maurice Davin was a First Cousin of my maternal Grandfather, Michael Davin, from Kilknockan Townland, South Tipperary, and Michael was also passionately committed to Sport [ not violent revolution or secret conspiracies ], being first national Vice-President of  the GAA Handball Council in 1922, as well as  Chair of the  Leinster Handball Council, and President of the outstanding Handball Club at Talbot's Inch, Kilkenny City, which was funded by the first Jewish  parliamentarian in Ireland, Senator Lady Desart, Ellen Bischoffsheim, a Senator from Dec 1922 [ when the new independent  Irish State started ]  until her death in June, 1933.  She also generously  aided many other cultural and industrial developments in Kilkenny City, constructively using funds inherited from her  London banking family.  In the Senate she strongly advocated the provision of Civil Divorce.

The City Council  in Kilkenny conferred on her the honor of *Freedom of the City* in 1910 - she said that she was the first Jewess to be so honored anywhere in the world.

Michael  Davin was her Estate Steward  [ manager ] from 1912 to 1933.  Ellen succeeded her brother-in-law Otway Cuffe as Gaelic League President in Kilkenny in 1912. Michael had been his Estate Steward. Cuffe was an ex-Capt of the Rifle Brigade of the British Army. In their early years, both the GAA and Gaelic League were strongly supported by all who loved Sport and Culture, and who were committed to the revival of traditions,  until a tiny fringe perverted it into a revolutionary tool.

Michael who moved to County Kilkenny on his marrriage to a Kilkenny-woman, Annie Lappin, had been a Cricket Captain in Kilkenny when working for Capt Cuffe at Sheastown on the South of the City. Annie was the daughter of a farmer's son from County Armagh, Peaden Lappin, an RIC Constable stationed in Bennettsbridge, County Kilkenny, and both Peaden and Annie were married in Kilfane Church of Ireland, Thomastown, South Kilkenny.

The definitive repudiation of the long era of contamination of the GAA by  revolutionary ideology was when the GAA Gaelic Football team of the PSNI [ Police Service of Northern Ireland ] played a team of Irish Parliamentarians at Kilmacud Crokes Club, Stillorgan Dublin, led by Jimmy Deenihan, a noted Kerry player and now Sports Minister, and including a very fit Enda Kenny. PSNI Captain was Constable Peadar Heffron,  also committed to and fluent in the Gaelic Language,  and later targeted by the cowardly ex-Provo IRA  reptiles, who maimed him with their UCB [ under-car bomb ] as he drove to work.

The monument to be unveiled at the end of this month  in Carrick-on-Suir to Maurice Davin will not only honor a local but also honor the inclusive, open vision of Sport, Culture and Patriotism which he embodied.
Posted by Tom Carew at 06:30 No comments:

‘A long and oddly intertwined history’ – Irish nationalism and Zionism

‘A long and oddly intertwined history’ – Irish nationalism and Zionism
Posted by Tom Carew at 15:54 No comments:

Vatican religious prefect: 'I was left out of LCWR finding' | National Catholic Reporter

Vatican religious prefect: 'I was left out of LCWR finding' | National Catholic Reporter
Posted by Tom Carew at 07:17 No comments:

Excellent exposure of the lying, bearded gangster-chief, Adams - Taking Adams through the wasteland of IRA atrocities

Taking Adams through the wasteland of IRA atrocities
Posted by Tom Carew at 03:28 No comments:

As true in May 2013 as when written in 2011 - Sorry, Syrians, but your bloody oppression isn't sexy enough

Sorry, Syrians, but your bloody oppression isn&#039;t sexy enough
Posted by Tom Carew at 14:59 No comments:

Rory Cowan - Out and Proud supporter of Israel.

Row flares on radio as professor accuses colleague of &#039;farce&#039; survey
Posted by Tom Carew at 14:09 No comments:

WAR AGAINST THE MAFIA.