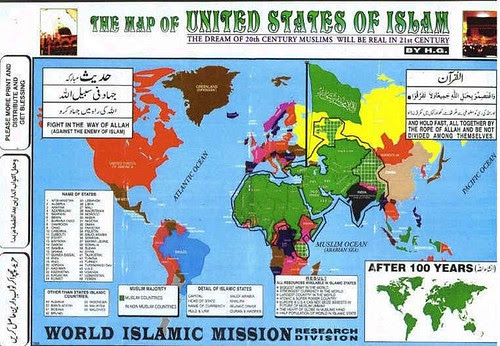 But just as Herr Hitler in 1925-6 openly provided his manifeto, **Mein Kampf** [and Kampf can translate **Jihad** ] , 13 years before he launched World War II, and his genocidal Holocaust, but nonetheless was not recognised as a serious threat at the time, we have been warned. This is about violent conquest, not just voluntary conversion. And decent democratic Muslims, like all other democrats, have to choose. To remain silent is also a choice - it leaves the field to the most ruthless.
Who dares, wins.

Lionheart update: Interview regarding application for asylum in the US by pro-Israel Christian blogger on YouTube at http://lionheartuk.blogspot.com/2008/02/interview.html

Watch it before it's banned. Any asylum application would be acutely embarrassing for the British government, and to a lesser extent the US government. State agencies will attempt to gag, cover-up or distort the facts on this case. Please give it maximum publicity.